You’ll note that Gag of the Month’s to do with Important People monitoring [listening in, to you and I] other Important Peoples’ phone calls. Well SHOCK, HORROR ! They don’t, do they ? Well of course they do. And saying so is about as remarkable as suggesting that “Burglars Steal Things ! “

Another statement of the obvious is that the government’s silly high speed train scheme is a non-runner. Patrick McLoughlin, Transport Secretary comes to Manchester today to try [yet again] to persuade people that HS2 is wonderful. There will be those who agree with him – like local contractors hoping for a slice of the action when building starts – but most folk oop here think its a daft idea. Even Smooth Dave’s looking for a way out, saying that if the Labour Party doesn’t support HS2, it’ll have to be dumped. Dave Blameshifter.

Bearing in mind the looming Festive Season and the Shopping Hell which precedes it, I’ve included a few helpful diagrams of people –flow through your local supermarket – of routes taken and types encountered. [providing Chris, my brilliant nephew who does all the technical jiggery-pokery needed to bring this windbagging to a monitor near you can put them up. Thanks Chris] 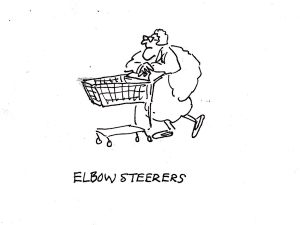 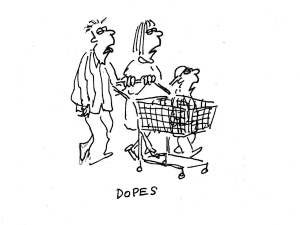 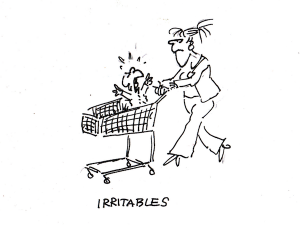 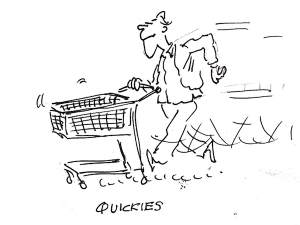 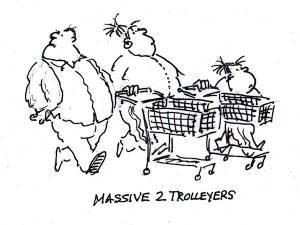 Something very odd happens to some human brains when the owners enter a supermarket. All sense of direction vanishes, as does an awareness of other people [not unlike the government]. Mouths hang slack. Dull eyes flick from Gingernuts to bogrolls and 72 bag packs of assorted-flavoured crisps bought – just in case. 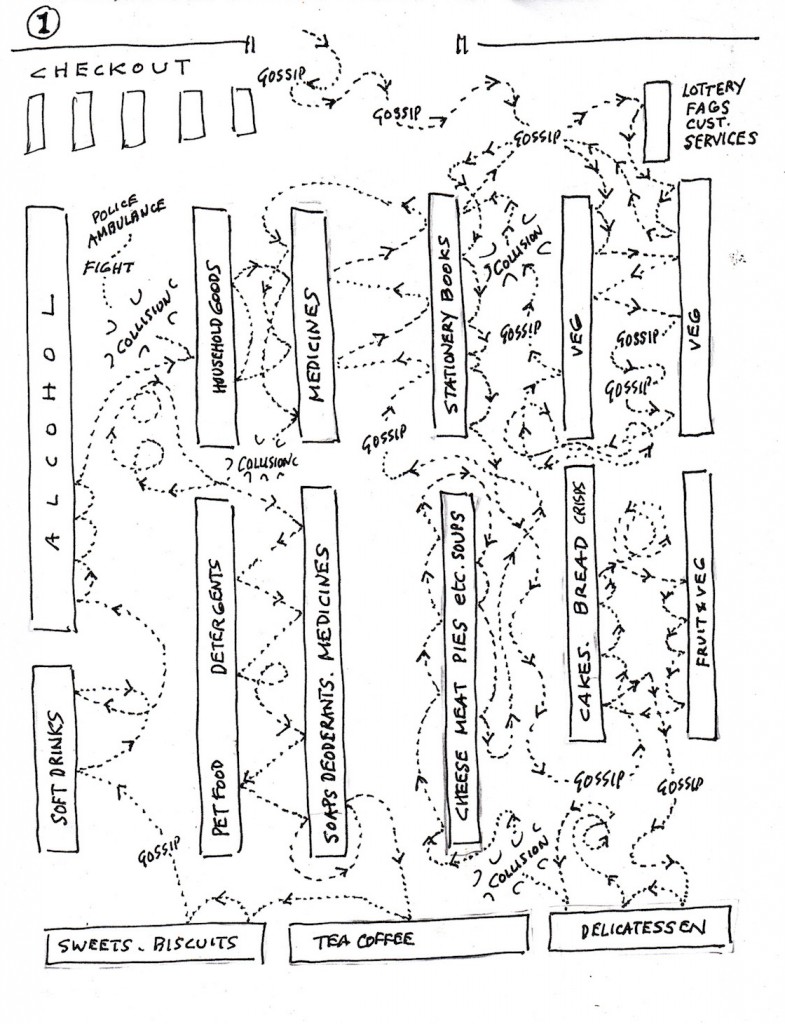 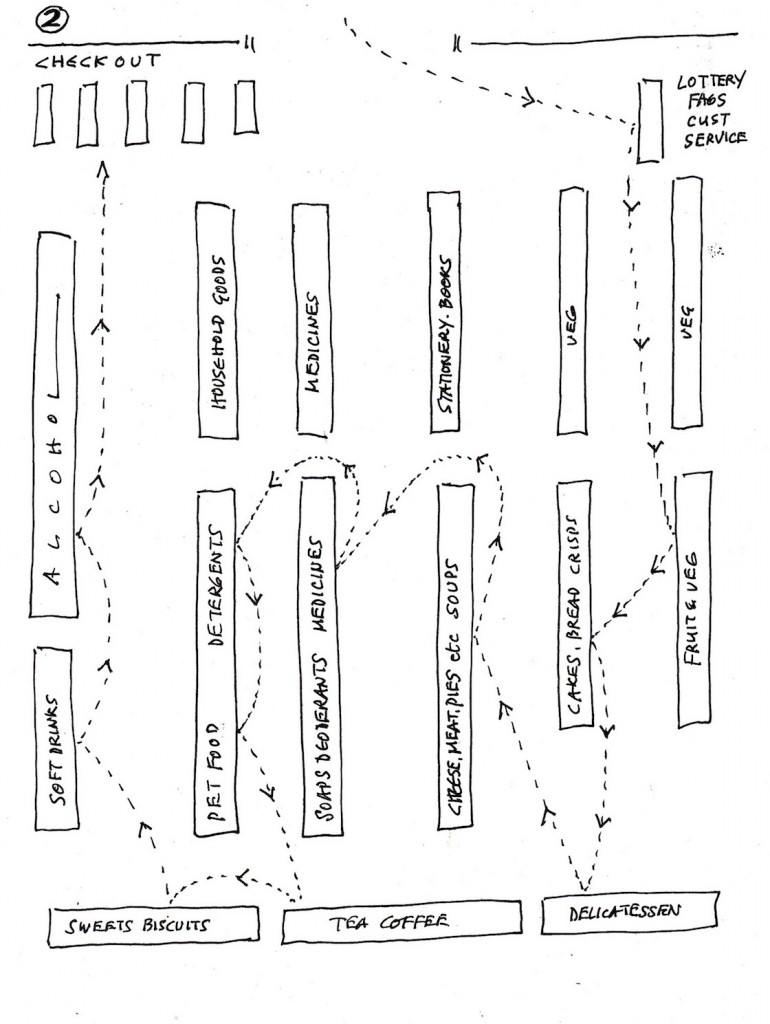 But now its work time and a couple of gags all about wildebeest. I like wildebeest. They get a rotten time from lions and if Attenborough, who delights in showing us slow-motion films of a 700lb lion killing a baby wildebeest invited me to join him on one of his ghoulish trips, I’d shoot the bloody lion !

Oh, and PS – I’ve re-joined Twitter. Don’t ask. More on that next month.